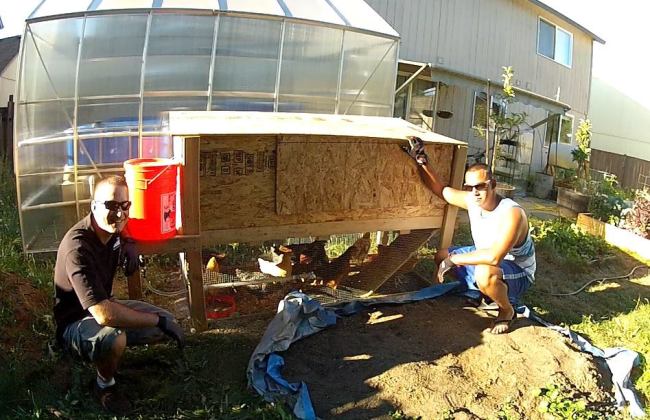 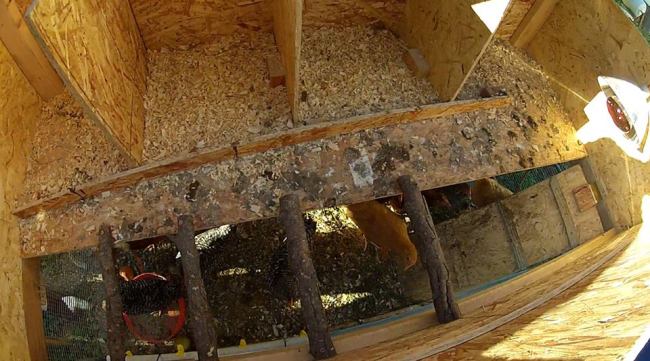 I had some elaborate plans for a chicken coop but ran out of time. They outgrew their pen a little too fast so I built a coop on the fly with scrap materials.

Luckily I had some help on this one from my friend Brad or else I never would have made my time hack on this project.

The 5 gallon bucket on the left is part of an on demand waterer. There are small nipples attached to the PVC pipe that the chicks can use to get water. Chickens like to perch and shit on everything including their water dish so you constantly have to change the water.

Unfortunately the chickens seem to have difficulty drinking from the nipples. I intend to modify the design by attaching a spoon under the nipple to catch the excess water. This will give them an easier way to drink but won’t give them a place to perch and poop.

One of the most interesting observations is how fast the birds learn when you show them how to do things. Once one picks up a new concept the others seem to follow in suit. It’s pretty neat.